What Is Walmart+? What Brands Need to Know

After years of dominating the ecommerce pond, Amazon Prime may have a new big fish to contend with: Walmart+.

Walmart+ is a new offering that Walmart is expected to roll out sometime this summer. While we don’t know everything about the newcomer just yet, there are a few things the market is expecting from Walmart+ that brands should know about.

Walmart+ is a paid membership that gives Walmart customers special perks and services. If that sounds familiar, it’s because Walmart+ will be directly competing with Amazon Prime, which has been fairly alone in this space since 2005. Walmart+ was expected to launch at the end of July 2020. Walmart has delayed the launch of the new subscription service and their website advises it is “coming soon”.

While Amazon is a massive player in the ecommerce space, George Hatch, Director of Marketplaces at Pattern, said Walmart is investing heavily in ecommerce and growing quickly, and brands should be paying attention to this Walmart+ move.

How will Walmart+ compare to Amazon Prime?

One thing that makes Walmart+ so interesting, and which may shape the way brands sell their products on Walmart’s online marketplace, is that its subscription service costs less than Amazon Prime. According to Recode, a Walmart+ subscription will cost buyers $98 a year. Compare that to Prime, whose annual membership costs consumers $119 a year.

Similar to Amazon Prime Now, Walmart+ is expected to offer unlimited same-day delivery of groceries and merchandise from Walmart Supercenters. Its massive network of stores and distribution centers make it uniquely positioned to give Amazon a run for its money on this front.

“What Walmart brings to the table is the fact that they are going to be able to have same-day delivery out of 4,700 locations,” Hatch said. “They’re basically turning every store into a logistics center or a distribution center.”

Compare that to Amazon’s 175 fulfillment centers, and the competition intensifies.

Other perks include discounts at Walmart gas stations, reserved delivery slots and open-slot notifications, some access to Walmart’s new Express two-hour delivery offering, and early access to special deals, according to Recode.

Walmart is also packaging special in-store services into the mix, something that takes the Prime shipping model even further. It’s anticipated that Walmart will resurrect its Scan & Go service (which the company tested but ultimately discontinued two years ago) to allow Walmart+ members to check out in brick and mortar locations without waiting in line. Recode also reported that Walmart will be introducing a Walmart+ branded credit card soon after the service launches.

Walmart is going even further than just mimicking Amazon’s quick shipping services. This month, the company unveiled Camp by Walmart, an online family entertainment program/virtual summer camp that features celebrities like Drew Berrymore and LeBron James guiding viewers through different activities and challenges. Camp by Walmart is available on the Walmart app, but there’s speculation that this too will become a Walmart+ only offering in the future. 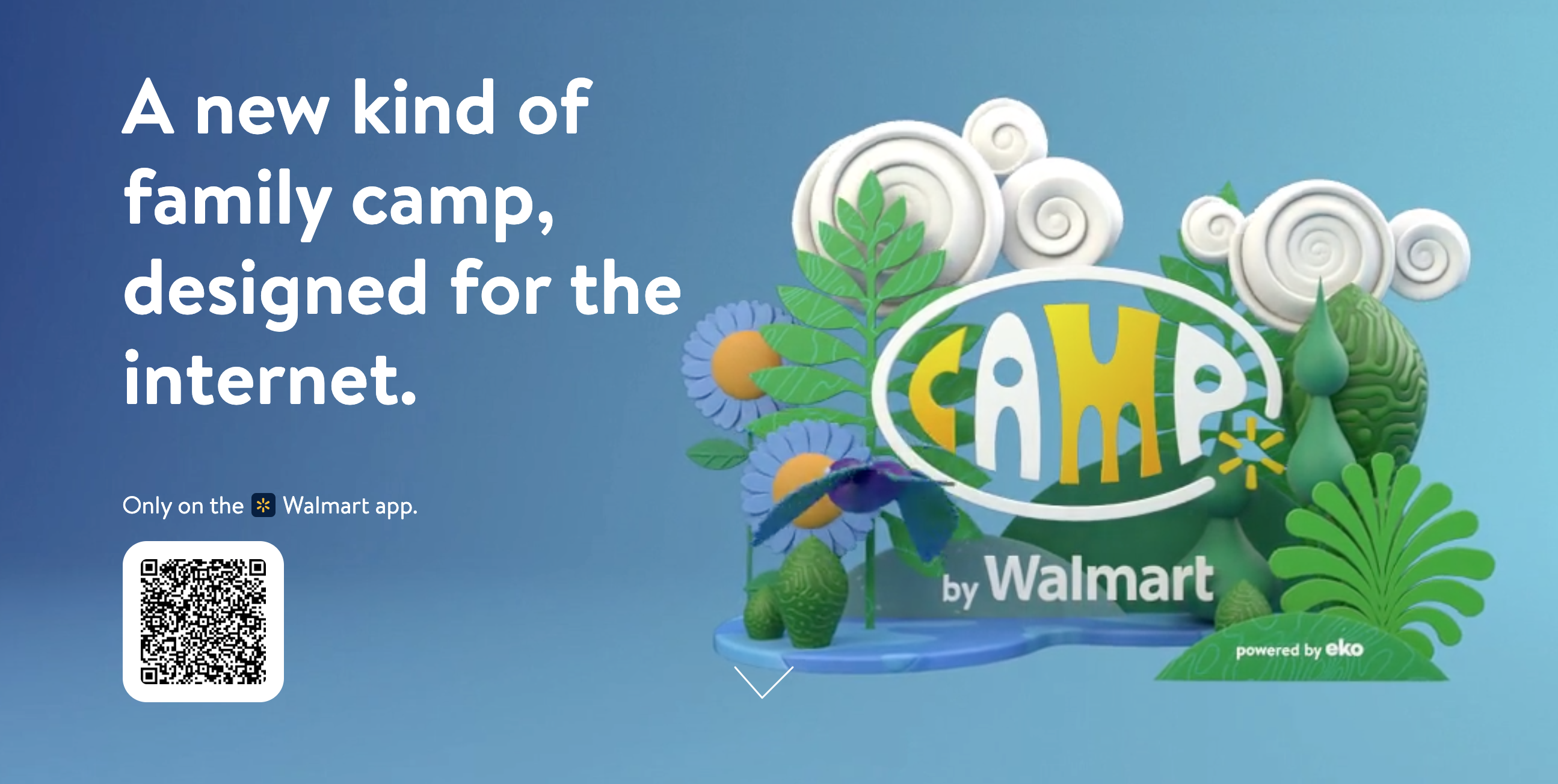 How Walmart+ is expected to perform

In many ways, it’s both an exciting and challenging time for Walmart to be entering the quick fulfillment subscription space. Walmart.com is the second largest marketplace in the U.S. after Amazon—it sees $21.9 billion in yearly sales as well as 308 million monthly visitors—and it’s one of the fastest growing ecommerce sites in the country.

Indeed, MarketplacePulse recently reported that Walmart’s Marketplace outperformed both ecommerce giants Amazon and eBay, with traffic increasing 55% back in April compared to February, and the Walmart app being the top download shopping app on the iPhone App Store in May. Plus, partly due to Walmart’s new partnership with Shopify, Marketplace sellers have doubled since July 2019, and more come to the marketplace each month.

Thirty-five percent of Amazon sellers are also selling on Walmart, so Walmart+ is, in many ways, the next sensible step for Walmart to compete.

In addition to that, Walmart merged its Walmart grocery and Walmart.com sites together earlier this year, allowing customers to load their online carts with products from across the store. Walmart’s grocery site has become the leading grocery platform in the country, and with that merger comes a surge in traffic to the entire Walmart Marketplace that could rise much higher with the launch of Walmart+.

That said, the new service has significant ground to make up. Amazon Prime is well established in the ecommerce subscription space with over 112 million US subscribers and over 150 million subscribers worldwide and currently has much more product to offer customers. 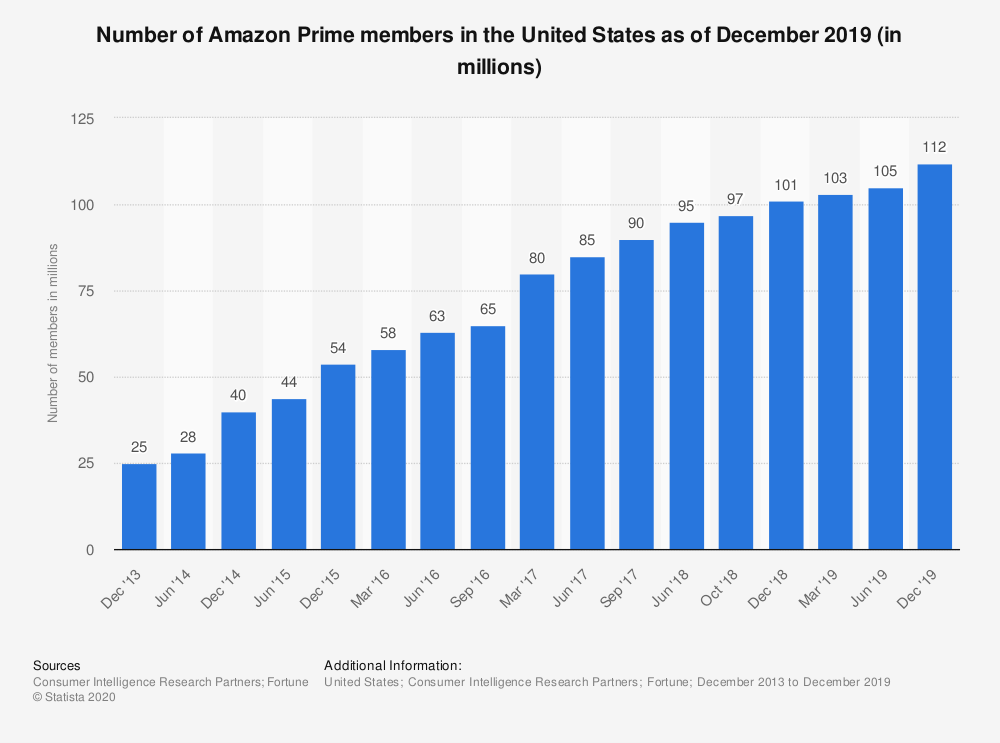 Walmart is also entering this space at a time when COVID-19 has led to widespread financial challenges for consumers and distribution challenges for sites like Amazon.

Will Walmart+ be right for your brand?

When Amazon was just starting, when the platform first allowed third-party sellers, some brands were reluctant to get onboard, Hatch said. Amazon had already established itself as a bookseller, and higher-priced goods weren’t trusted there.

Now Amazon sells luxury goods across the globe, and sellers who didn’t get on early have had lots of making up to do. According to Hatch, Walmart+ could prove to have a similar trajectory.

“These are basically the early days of Amazon,” Hatch said. “If you want to control how things end up, I would encourage brands to get on earlier rather than later.”

Walmart Marketplace is more exclusionary in the vendors it chooses than Amazon. This is great for brands who want to diversify channels, because they can compete more easily within Walmart Marketplace. Fifty seven percent of Amazon shoppers say they also shop on Walmart Marketplace, so there’s also a dynamic demographic of shoppers brands can reach in this space. With the addition of competitive pricing and services offered through Walmart+, it could be a homerun.

Another thing that’s interesting about Walmart+ is that it allows luxury brands that wouldn’t otherwise sell their product in-store to sell it on Walmart’s online platform. The company is shifting into a provider of not only low-priced items but high-quality products.

“I think Walmart is just going to totally transform their position in the industry, and not by taking the leader’s spot, but being in a place where they have a foundation to launch off of,” Hatch said.

Walmart Marketplace is still a developing marketplace, and it doesn’t have the same level of support Amazon does. The addition of a developing subscription service could add more challenges at first, but it’ll be an exciting platform to watch over the next few months.

To learn more about selling your product on Walmart Marketplace, contact us below.

“I think Walmart is just going to totally transform their position in the industry, and not by taking the leader’s spot, but being in a place where they have a foundation to launch off of.”

When to Use Sponsored Products on Walmart Advertising & Why

A Step-By-Step Guide to Launching on Walmart Advertising