What Sellers Should Know About the Proposed Shop Safe Act

U.S. lawmakers proposed a bill on Monday, March 2, that would hold ecommerce companies liable for counterfeit products sold on their platforms.

The Shop Safe Act, proposed by a group of bipartisan House members, outlines a series of steps ecommerce companies like Amazon and eBay would be required to take to prevent the sale of counterfeit or “knockoff” items by third-party sellers on their platforms. Failing to take these steps would result in ecommerce companies being held liable for the sale, shifting the burden from consumers.

At its core, the Shop Safe Act is meant to hold ecommerce businesses responsible for the authenticity of products sold on their website in order to prevent the sale of counterfeit products.

A rise in counterfeit goods

Approximately [15% of sales in America](https://judiciary.house.gov/uploadedfiles/shop_safe_-_one_pager.pdf) now happen online — accounting for $4 trillion in revenue in 2020.

Counterfeiters using ecommerce software have started to take advantage of the popularity of online shopping by using false credentials to create counterfeit listings that appear authentic. As a result, about 25% of Americans have unknowingly bought counterfeit products.

Particularly disturbing is the fact that many of these counterfeit items threaten consumers' health and safety. For example, a CNN report exposed a fake children's car seat sold on an ecommerce website that disintegrated in a 30-mph crash test.

The Organization for Economic Co-operation and Development (OECD) reported last year trade in counterfeit goods is at 3.3%, according to data from 2016, and that number is rising. Footwear, clothing, leather goods, electrical equipment, watches, medical equipment, perfumes, toys, jewelry, and pharmaceuticals made up the biggest share of counterfeit items in 2016, although there was also an increase in counterfeits such as branded guitars and construction materials. 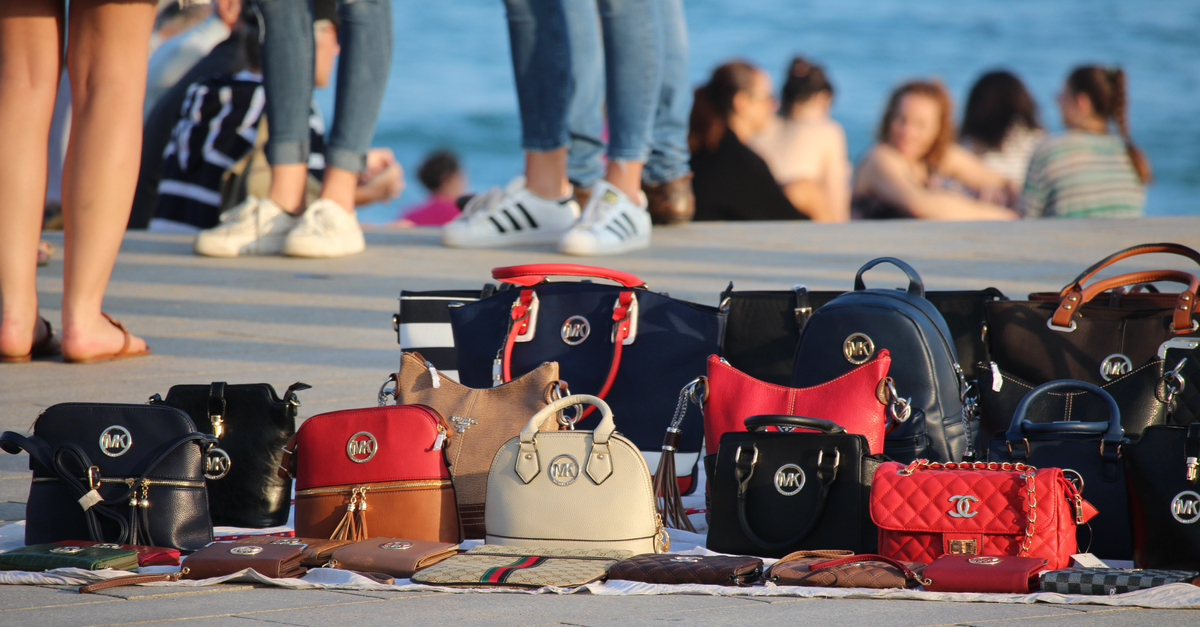 The majority of fake goods originated in China and Hong Kong, as well as the United Arab Emirates, Turkey, Singapore, Thailand, and India. The United States was the country most affected by counterfeiting in 2016, followed by France, Italy, Switzerland, and Germany, although countries like Singapore, Hong Kong, Brazil, and China are also becoming targets, the OECD reported.

“Counterfeit products directly impact brands and consumers while also posing serious dangers to public health and safety,” said Rep. Martha Roby, R-AL, a member of the proposing committee, in a press release. “It is critically important we combat the sale of these harmful products online.”

The introduction of the Shop Safe Act shows the U.S. is starting to battle counterfeit goods more seriously and aggressively.

The Shop Safe Act is tailored to goods that have a health or safety impact, targeting counterfeit goods that would have the most serious consequences for consumers. The act would require ecommerce platforms to engage in “best practices,” which includes screening and vetting sellers and goods, penalizing repeat offenders and providing the best and most accurate information available for consumers.

The “best practices” the bill would require ecommerce companies to adhere to when dealing with third-party sellers are as follows:

2. Requiring the seller to verify and attest that its goods are not counterfeit.

3. Conditioning the seller’s use of the platform on agreeing not to sell counterfeits and consenting to being sued in U.S. Court.

5. Requiring sellers to use images that accurately depict the actual goods offered for sale and that the seller owns or has permission to use.

6. Using technology to screen for counterfeits before a seller’s goods appear on the platform.

9. Screening sellers to prevent terminated sellers from rejoining or remaining on the platform under a different alias or storefront.

10. Sharing an infringing seller’s information with law enforcement and, upon request, the owner of the registered trademark.

Complying with all of these rules will necessarily result in increased expenses for ecommerce businesses.

However, considering that the main point of the Shop Safe Act is to protect consumers, all ecommerce businesses should strive to comply with it as soon as possible to provide a safer shopping experience for their customers.

The proposed Shop Safe Act comes 10 years after the Supreme Court opted not to take on the 2004 case of Tiffany & Co. v. eBay, where Tiffany & Co. sued eBay, arguing the ecommerce company should be held liable for trademark infringement because the company knew its marketplace was being used to sell counterfeit or other infringing goods.

The U.S. Court of Appeals for the Second Circuit determined eBay was not liable for trademark infringement, because eBay itself did not sell the counterfeit goods. Another significant find in the case was that eBay routinely invested in anti-counterfeiting initiatives.

At Pattern, we take the issue of counterfeiting seriously. We can help screen products and give brands the tools to get back in control of unauthorized sellers. To learn more about the potential impact of the Shop Safe Act on sellers and how we can help, contact Pattern below.

What Is 'Leaky' Distribution?

Dropshipping vs Amazon FBA: How to Choose for Your Business

The Trick to Successful Branding on Ecommerce