Crack out those pumpkin spice lattes and sweaters, and get cozy. October has been a bustling month for ecommerce, and we’re looking back at some of the biggest online shopping events and stories from the month and what they mean for the future of ecommerce. Let’s talk about it.

Omnichannel is becoming more important than ever

We’ve said it once and we’ll say it again: omnichannel matters, now more than ever. More and more brands are shifting their strategy to a seamless experience between their brick-and-mortar stores and their ecommerce shops, and this month we’ve seen some of the biggest players in the retail space making big moves toward full integration.

Last month we reported that Walmart had teamed up with Microsoft in the bidding war to acquire TikTok. Currently, the TikTok deal is in limbo, but that hasn’t stopped Walmart from cranking up the heat in other branches of their omnichannel business, namely advertising.

This month Reuters reported that the retail giant has been aggressively expanding its advertising business and “making better use of its wealth of shopper data” by linking promotions from the Walmart website and app to ads within its 4,700 U.S. stores.

Walmart took their advertising business in-house last year under the name Walmart Media Group, and they continue to bridge the gap between their offline and online data as they develop an ad platform that can rival Amazon’s. According to company insiders, Walmart’s new ad strategy is paying off—Walmart Media Group is on track to earn nearly $1 billion of advertising sales this year, which is more than double that of last year.

Walmart is also putting in the work to expand their ecommerce presence by improving sellers’ experiences on their Marketplace platform. Walmart recently launched a Pro Seller badge that highlights and rewards top-performing sellers on their Marketplace (it’s similar to a “verified” badge on Facebook and Instagram or eBay’s “Top Rated Seller” status) and appears in search results, product pages, and the shopping cart.

The Pro Seller badge is an attempt to increase conversions for sellers who earn it and incentivize other sellers to work towards it. Pro Seller badges are given to sellers with a high on-time delivery rate, low cancellation rate, high quality listings, free online and in-store returns, and consistent compliance with Marketplace policies. So far, 250 sellers out of Walmart Marketplace’s 60,000 have earned a Pro Seller badge.

Another company making a big omnichannel play is the ecommerce platform Alibaba. Alibaba announced this month that it will invest $3.6 billion in Sun Art Retail Group, a huge hypermarket and supermarket in China that also happens to be the country’s biggest retailer. This transaction will give Alibaba a 72% controlling interest in the brick-and-mortar company and further their New Retail strategy of integrating online and offline in China.

According to Euromonitor International, Sun Art held a 14.1% share of China’s hypermarket sales last year. Compare that to Walmart’s 10.3% market share in that category.

The owners of milk’s favorite cookie are also shifting their advertising into the omnichannel space, a fairly new move for the snack company. Mondelez announced that for the first time ever, the company will be spending the majority of their advertising budget on digital channels instead of TV commercials, a move that showcases how important an omnichannel presence has become to established brands used to traditional mediums.

Prime Day is here to stay, but this year it looked a bit different

After months of postponement due to the Covid-19 pandemic, this year’s Amazon Prime Day finally came and went on October 13th-14th. In the five years since its inception, this ecommerce holiday has proven that it isn’t going anywhere. That said, Prime Day 2020 has been an outlier compared to previous years. 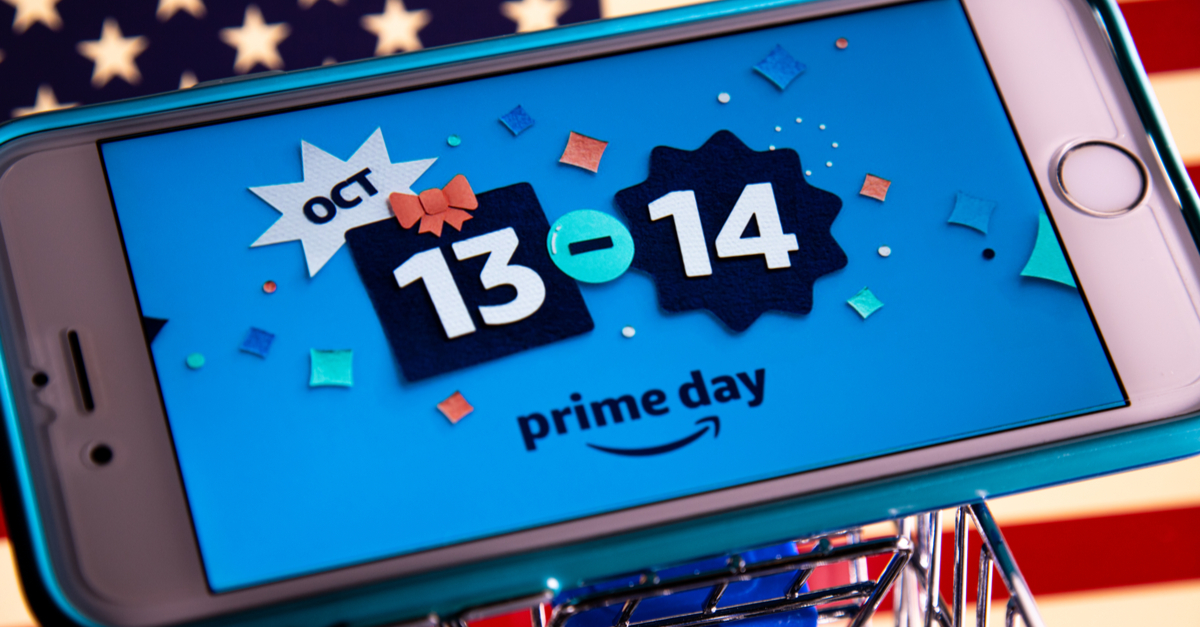 Although this year’s event is said to be Amazon’s biggest Prime Day yet, the company’s post-event messaging is more focused on the results for small businesses.

Jeff Wilke, Amazon CEO Worldwide Consumer, said in an October 15th release, "We are thrilled that Prime Day was a record-breaking event for small and medium businesses worldwide, with sales surpassing $3.5 billion—an increase of nearly 60% from last year.”

Despite the company’s focus on small and medium-sized businesses, more Prime Day sales on the site went towards Amazon-owned products this year. The platform featured deep discounts on devices like their Amazon Echo and Fire TV, and those naturally captured the most attention and sales.

While Prime Day was happening, some of the largest retailers in the U.S. experienced YOY foot traffic losses. Amazon’s grocery arm Whole Foods saw foot traffic fall 32.1% during the event while Walmart’s traffic was down by 19.1% and Target’s traffic was 15.1% lower than last year. Best Buy fared the best of the bunch with a fall of 11.6% YOY. It’s important to note this drop was expected, as retailers had little time to prepare for an offline sales event after Prime Day was announced.

Prime Day’s postponement followed a spring of logistical nightmares for Amazon after consumers in Covid-19 lockdown turned to ecommerce en masse for their shopping needs. While Amazon was able to iron out much of those issues before their Prime Day event, this year has presented several other obstacles that may have impacted the outcome.

One of the biggest is that shoppers are in a pandemic induced recession that’s influencing much of their buying power and habits. Covid-19 has also created a myriad of shipping limits across 1P and 3P sellers on the site. With short notice ahead of the event’s announced October dates and plenty of noise already in the online space ahead of a heated presidential election, many consumers weren’t aware the event was happening, which may have impacted overall sales.

2020 has certainly proven to be an unprecedented year, and the ecommerce space is no exception. We’d recommend brands looking for data to prepare for next year’s Prime Day event look at 2019 rather than 2020 for better comparison.

Because of its late dates, this year’s Prime Day event kicked off an early holiday shopping period, with holiday promos starting two days after the event. Post-Prime Day sales are also higher because of a pre-holiday ramp up, and shipping companies are telling retailers and shoppers to prepare early for what could be a record-breaking holiday season.

Bonnie Voldeng, vice president of FedEx Freight Direct, encouraged everyone planning to do holiday shopping this year to “shop and ship early. The earlier the better.” FedEx, like other parcel carriers, has seen an elevated package volume due to the pandemic. Average daily volume at FedEx Ground increased by 31% last quarter and numbers are high across the board.

One thing we recommend going into the holiday season this year is that brands have a 3P drop shipper to ensure their products get where they need to when they need to and in time for the holidays. Read our holiday analysis on Amazon categories most likely to experience stockouts here to learn more.

Pattern analyzes industry trends to help brands navigate the ecommerce space with the data and strategy they need to succeed. To learn about how Pattern can help your ecommerce business thrive, contact us below.