If you’re considering branching out from Amazon, you may be wondering how to get started. There’s no question that Amazon has positioned itself as the first choice for many eCommerce businesses, but that doesn’t mean it should be the last.

Why Go Beyond Amazon?

Amazon generated approximately $300 million in sales last year. More than half of all product purchases in the United States happen on Amazon. But it’s still well-worth considering other marketplaces.

The first thing to consider is whether your brand is ready to expand. From an international perspective, Amazon doesn’t have the same type of stranglehold over the market as it does in the United States. Instead, many countries have their own marketplaces and Amazon is just a small percentage of sales.

If you’re not yet ready for international expansion, there are also plenty of opportunities to expand within the United States. Some of the domestic marketplaces to consider include Walmart.com, eBay, Google Shopping/Google Express, and Jet.com.

Walmart grew its US e-commerce sales by 37% in the first quarter, surpassing Apple.com to become the third largest retailer in the United States. Brands considering expanding into Walmart.com are making a good choice- it has already grown by 40% so far this year. The company has more than 40 million products available, and approximately 92% of these are third-party sellers. 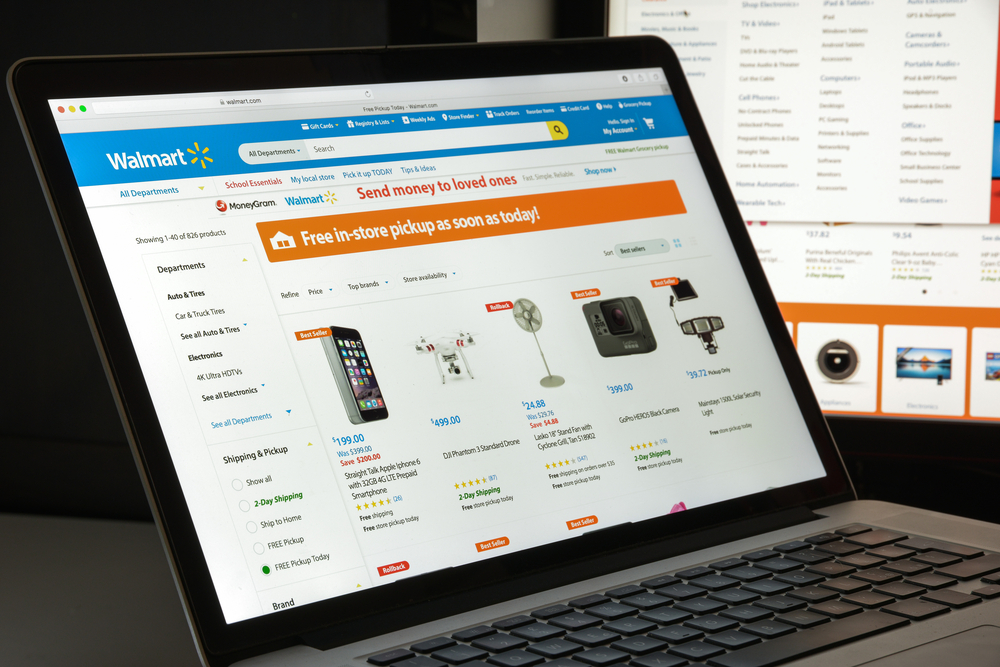 This is an excellent opportunity simply because this is nowhere near the level of competition found on Amazon. If you’re not selling your products on Walmart, someone else is likely to be, and they may not be up to your standards.

eBay is interesting due to the perception that it’s solely for used products. However, close to 80% of the products sold are actually new. About 70% of the products sold on eBay also come with free shipping. One of the biggest advantages of selling on eBay is that many of the current sellers are exclusive to eBay right now. eBay also makes it easy for brands to create a custom storefront, allowing you to engage directly with your buyers.

Jet.com was acquired by Walmart, and we’re expecting Walmart to invest in it sometime soon. This is a discount-focused site, with approximately 10 million visitors each month. Jet’s target market is the ‘urban millennial,’ which makes it an excellent option if this is your audience. Once you can support omnichannel selling, it’s a good idea to move into Jet.com.

Google Express has just been redesigned, and Google is currently making a long-term play with its offerings right now. 60% of shoppers buying on Google Express are new to this experience. This allows consumers to shop right within Google and even check out without needing to visit a third-party site.

Now, brands can feed Google up-to-date information, making it easier to create brand awareness and communicate with their customers.

If you’re making more than $2 million annually in Amazon, it’s likely that you’re ready to break into other market places within the United States. Walmart is usually the first step, although this will depend on your brand. Each step of expansion should be planned carefully, which is why it’s such a good idea to choose an experienced partner for this process.

If you’re ready to break into some new market places, we can help. Get in touch today to learn how.

Does Fast Shipping Make or Break a Marketplace?

Here's Why You Should Grow Your Brand With Multichannel Selling

How to Brand Yourself on Amazon, eBay, Walmart, and Google Shopping