Following the rise in fuel prices and protests by Amazon workers, the ecommerce giant is raising its delivery drivers’ pay and adding more work benefits. Amazon has mentioned that it will be investing $450 million into rate increases along with an education program and a Delivery Service Partners program.

Amazon has recently announced that it will be giving ecommerce merchants free software to manage shopper orders on and off its platform as it extends its reach. The ecommerce giant will be ending monthly costs for sellers using Veeqo, a shipping software it recently acquired and instead offer to them a new, free shipping software.

In an effort to drive clothing sales, Walmart has launched virtual fitting rooms while competitors reduce spending amid the cost of living crisis. The virtual try-on tool can be used by Walmart customers to virtually measure the clothing items and see how the products would look on them. Shoppers will now be able to see how over 270,000 clothing items on Walmart’s ecommerce site would look on their bodies.

The Hut Group has slashed its forecasts for 2022 as rising interest rates, inflation and energy costs take a toll on consumers. Previously, THG estimated its sales growth to be between 22-25% but after a recent evaluation, has lowered this prediction to between 10-15%. Initial predictions did not take into account the negative effects of ceasing sales in Russia and Ukraine along with the impact that the cost-of-living has had on consumer spending.

Through a partnership between delivery company, DHL and Post Office, a new click and collect service is to be tested at Post Offices before rolling out to over 1000 branches across the UK. Online shoppers will now have the option of choosing their local Post Office as a collection point, and DHL will fulfil the delivery aspect, opening up networks for both parties.

US consumer watchdog plans to further regulate the BNPL sector

The US Consumer Financial Protection Bureau (CFPB) has raised concerns regarding the collection of consumer data and the fast-growing nature of the BNPL sector, which includes companies such as Affirm and Klarna. The CFPB is worried that these companies could be negatively impacting consumers’ financial health and aims to put better regulations in place to ensure consumers are safe and empowered.

Japanese ecommerce market estimated to grow by 6.9% in 2022

The ecommerce market in Japan, largely dominated by domestic online retailers including Reakuten and Mercari, is set to reach $194.3 billion USD in 2022, after seeing an annual compound growth rate of 5.2% between 2018 and 2021. This makes Japan the fourth leading ecommerce market globally, following China, the US, and the UK.

TikTok may soon be surpassing Facebook and Google as the most lucrative advertising channel, with ecommerce brands spending 60% more on TikTok ads in Q2. Facebook is still ahead as the top choice for ecommerce advertisers but only grew by 5.6% from Q1, while Google grew 20.5% in Q2, and Snap declined 10.8% in Q2. 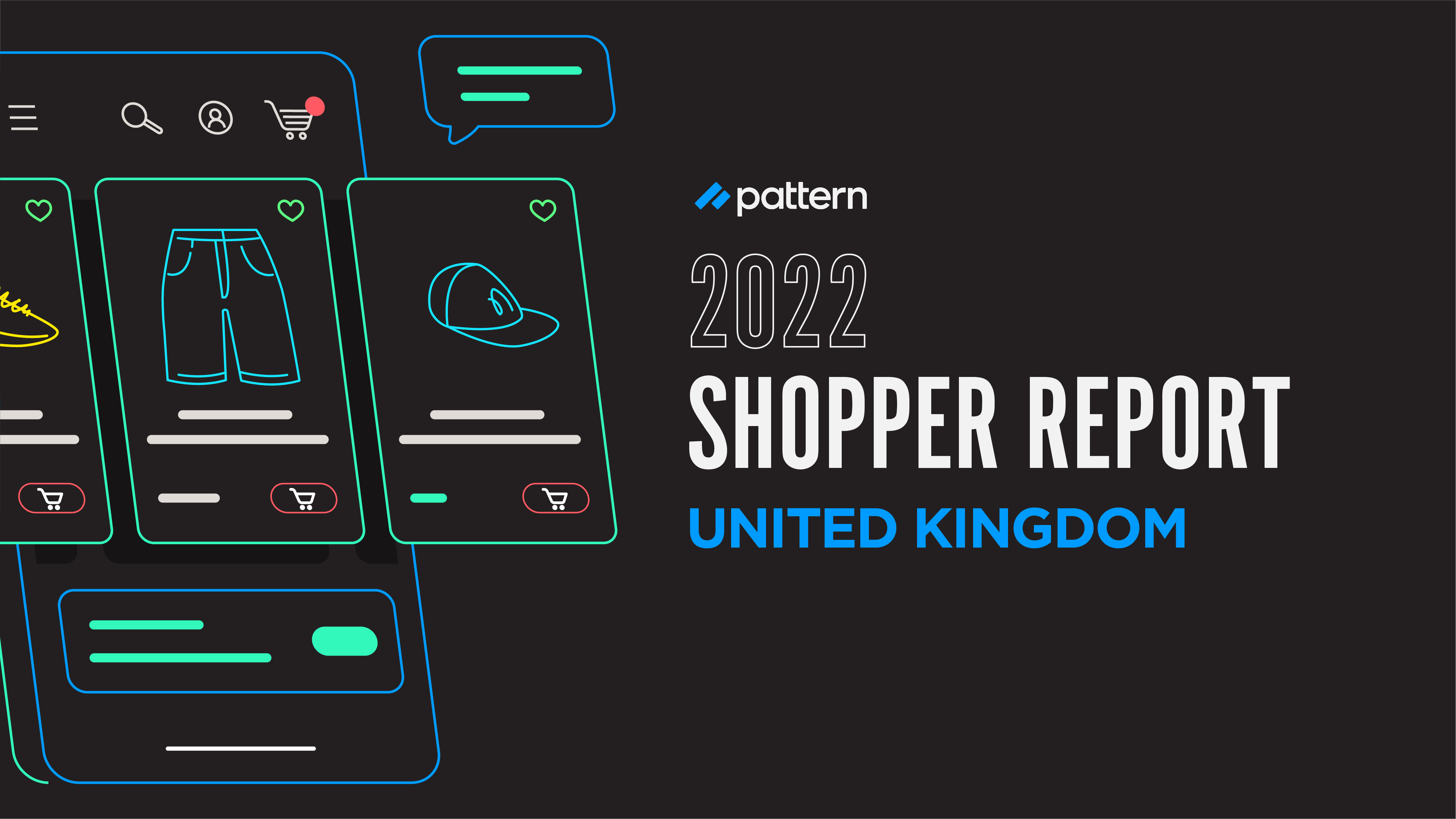 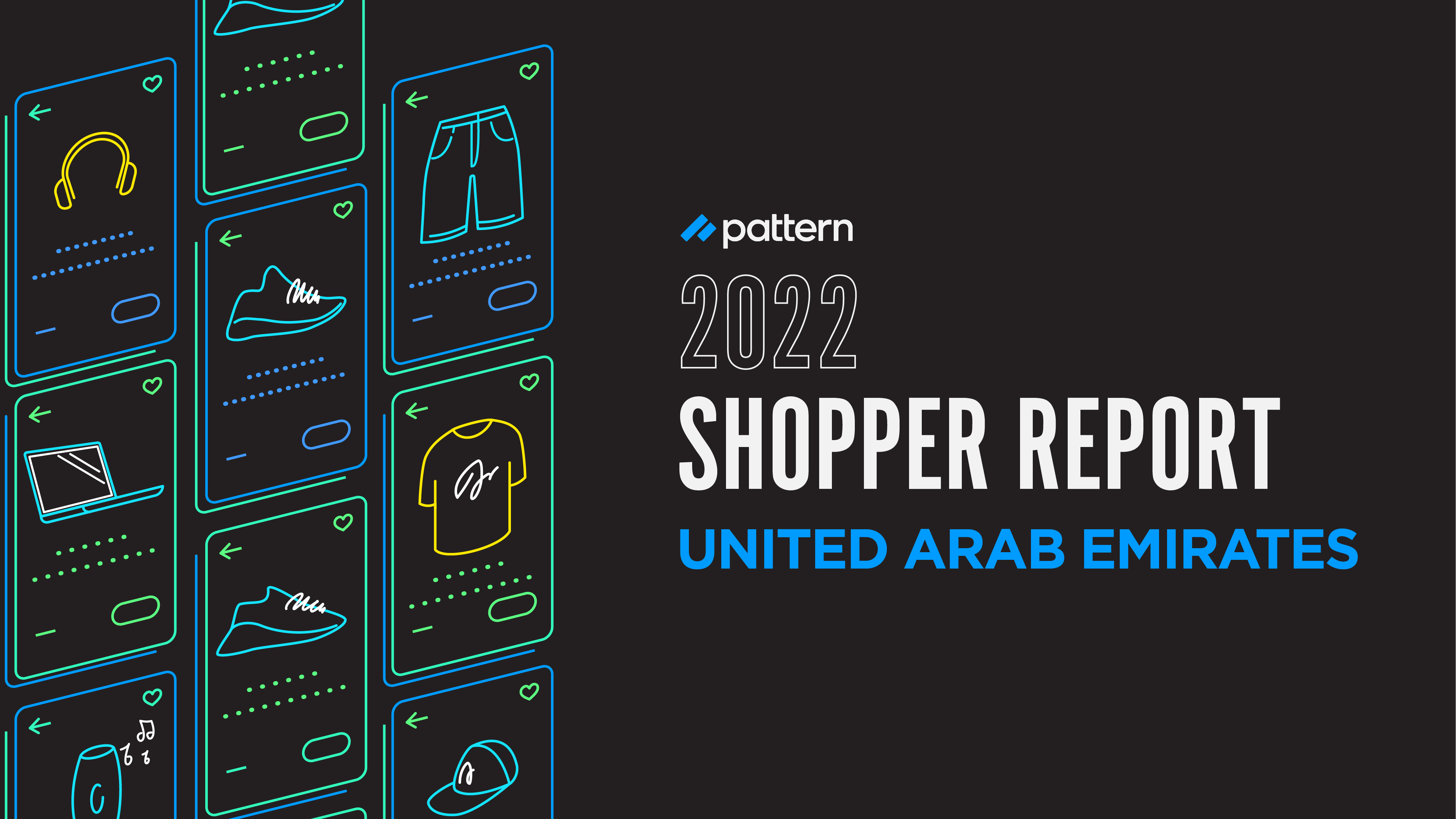 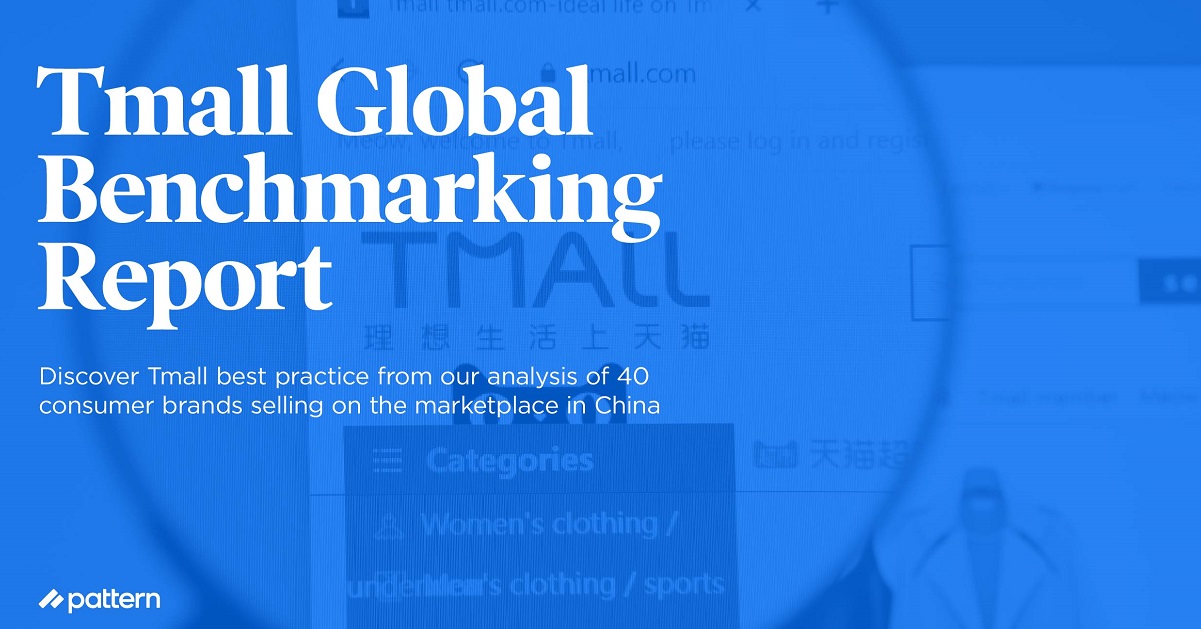 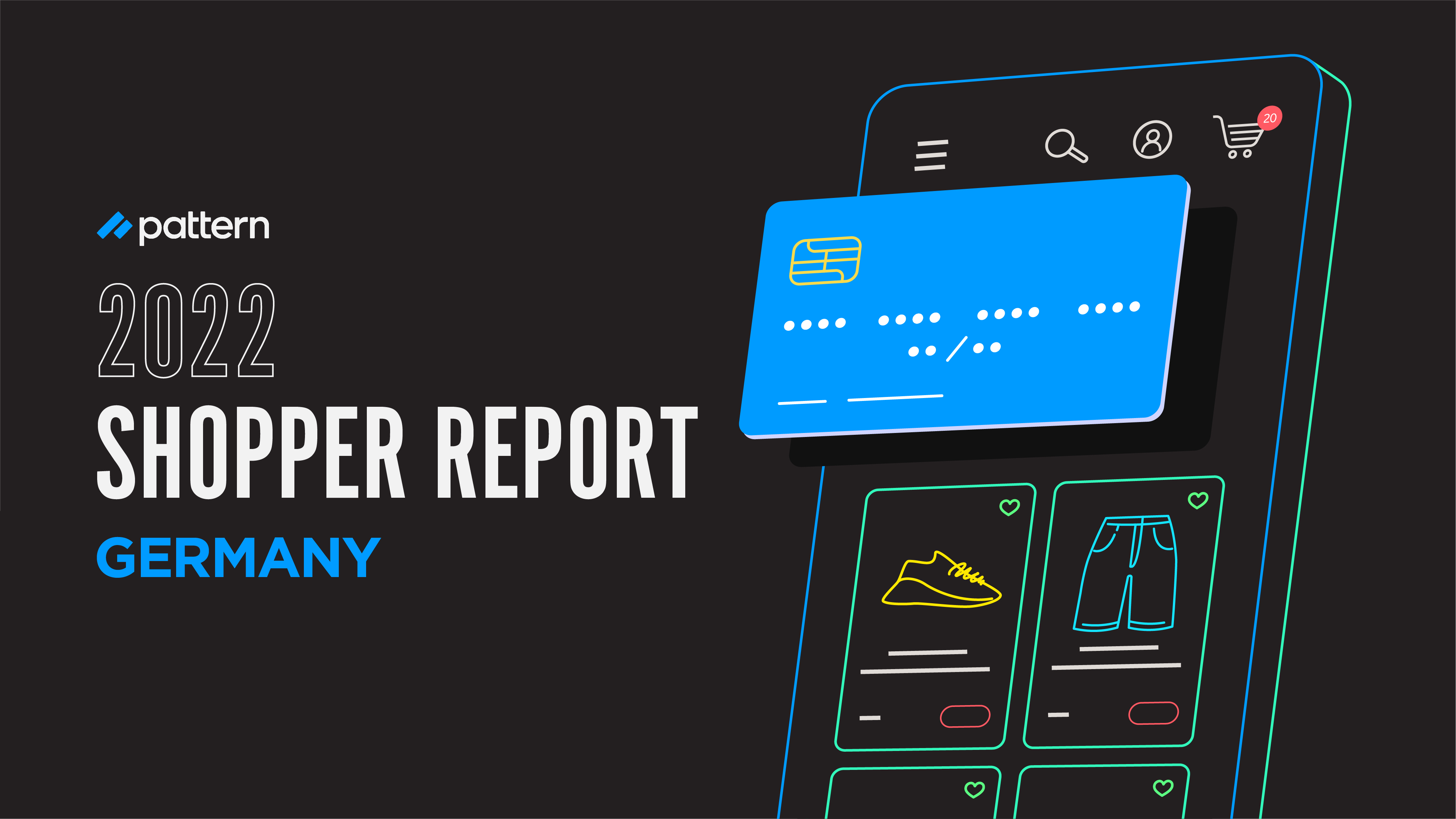 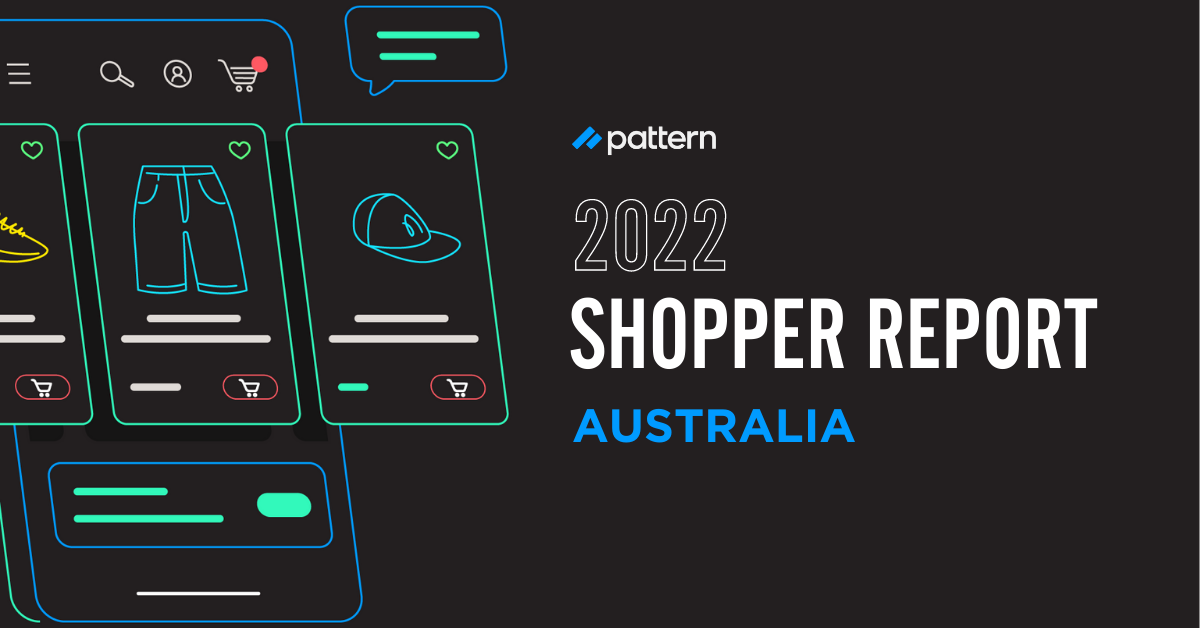 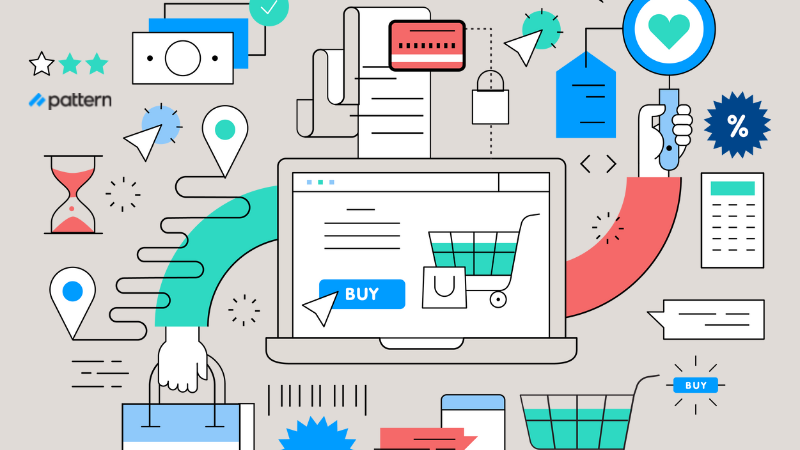 Utilizing Amazon sponsored ads can be a smart way for a brand to drive greater traffic to a product listing and start increasing sales. While many brands still struggle to manage their advertising strategies, 30% of Amazon brand sellers increased their advertising budgets in 2022. As ecommerce executives (or even on the nose with VPs of ecommerce?)  approve their 2023 advertising budgets, it may be worth it to take a look at Amazon’s advertising products and the benefit they may have on increasing conversions.

​​Pattern is the premier ecommerce accelerator with all of the expertise, data-driven insights, and technology brands need to gain control on Amazon and maintain their competitive niche. We know the high value of and how to utilize Amazon’s advertising products to drive the most traffic and conversions to benefit and accelerate your brand.

Here are Amazon’s three main advertising products you should know about in order to drive listing traffic to your products and increase conversions:

For a brand executive who is selling their product on Amazon, you may not already know the differences between campaign type, so we will walk you through the differences and uses for each of these three ad campaigns.

Sponsored Products are a mid-funnel advertising strategy that gives visibility to products above the top organic listings (see example below). This strategy uses custom keywords to get products in front of the consumers who are searching for them, however it can be used to capture new audiences as well.These cost-per-click (CPC) ads require no additional copy or images, but usually receive the most interaction of the campaigns and need to be monitored closely.

As you can see, these ads look just like an organic listing, however they say, “Sponsored,” on them. These types of ads can be especially effective forms of advertising because they tend to blend in with the organic results around them. With Sponsored Products, you can get your products in front of qualified customers who are searching for your product in such a way that doesn’t make them feel like they are being served an advertisement.

Sponsored Brand Ads are a top-of-funnel brand awareness tool and function on keywords. This ad format helps show a customer what they may be in need of and where to get it.  Commonly used to promote product lines or best sellers, a Sponsored Brand ad shows up as a banner above the search results (see example below). This type of ad requires that the brand showcase at least three separate products.

Unlike other campaigns used on the Amazon platform, Sponsored Brand ads require ad copy and a unique logo. These ads also can take customers to a custom landing page, or a page on the brand store, that way they get a clear and overall picture about who your brand is, what other products you sell, and why they can trust your brand.

Sponsored Display ads can be a tactic for top, middle, or bottom of the advertising funnel due to its varying targeting abilities. Although most commonly found under the bullet points of a detail page, these ads can also show in emails, newsletters, and even more locations off platform.

The example above shows just one of the many placements Sponsored Display has.

Accelerate Your Sponsored Products With Pattern

Rather than competing with each other, each of the three sponsored ad products focus on a different section of the sales funnel, allowing you to target your customers and hit your sales numbers, all while edging out possible competitors. When brands use these advertising campaigns, they can better optimize their ad budget to improve ROAS and build revenue.

At Pattern, we have all the resources to help your brand build successful advertising and digital marketing campaigns on Amazon so you can increase traffic and conversions, which will in turn increase your revenue.

How Pricing Changes on Walmart.com Affect Your Brand

Walmart.com has announced important changes regarding the “Was Price” and promotions on the digital marketplace. These updates make it more important than ever to optimize your price through implementing proper strategies, controlling your distribution channels, and being intentional about your pricing strategy.

And, as with all digital marketplaces, succeeding on Walmart.com requires performing well in all areas of The Ecommerce Equation. Which means as you optimize your listings’ pricing, as well as traffic, conversions, and availability, your revenue increases.

Pattern has the resources ecommerce brands need to optimize on marketplaces for each factor in the ecommerce equation. We have the technology and strategists to help you improve your traffic, the brand dedication and passion to help you achieve greater conversions, connections to econtrol specialists who help brands regain marketplace control, and the data you need to be able to make smart forecasting decisions for better product availability.

Below, we’ll cover how Walmart.com’s recent platform changes impact ecommerce brands’ ability to drive traffic and conversions for their products and how to strategize around them to work best in your brand’s favor. But first, let’s go over the changes themselves.

Walmart.com’s “Was Price” and Promotional Changes

Walmart.com’s newest changes reflect their mission to be the leader in low, everyday pricing. Therefore, Walmart’s customers come to the platform and expect low prices no matter what. Overall, these updates give consumers more visibility into the value they’re experiencing and hold brands more accountable in the pricing information they display.

How to Strategize for Success

1. Plan for Promotions Well in Advance

To protect your “Was Price” from price erosion, be intentional when planning promotions. To be most effective in your promotion, you’ll want to be able to give your customers a large enough discount to qualify for the slash-through and reduced price badging.

Without the right pricing strategy in place, your products are in danger of falling into deeper and deeper discounting as you chase the ability to achieve slash-throughs and proper badging. Without the slash-throughs and badging, you’ll lose the ability to easily communicate the increased value of your product and the traffic and conversions you’re trying to earn by running the promotion in the first place.

It’s important to keep your products’ prices as steady as possible to protect your promotion periods. As you prevent high-low price fluctuations, you’ll be able to use slash-through prices and promotional badges like “Reduced Price” and “Clearance” to your advantage in driving better traffic and conversions for your listings.

Without the ability to display badging, a promotion falls flat even if the price has been dropped. With steady pricing over time, you’ll be able to keep a stable “Was Price” and ultimately enjoy more rewarding promotional periods long-term.

It’s important to remember that the “Was Price” policy also applies to 1P and other 3P sellers representing your products on Walmart.com. Unfortunately, your other strategies will be ineffective if other sellers are breaking your MAP policy or playing the high-low price game. So, it’s more important than ever for brands to be conscious of their distribution channels and keep rogue and unauthorized sellers in check.

By allowing Pattern to be the authorized seller of your brand’s products and working with Vorys eControl law firm to eliminate rogue sellers, you can be confident in creating and executing a powerful  selling strategy on Walmart.com and other digital marketplaces. As a 3P seller partner, Pattern is truly invested in our partners’ success, we’ll help you to create and execute a strategy that truly prioritizes the long-term performance of your products on digital marketplaces.

Contact us today to learn more about the changes on Walmart.com and how you can optimize your performance.