Can Amazon Live Increase Sales? We Tested it Out

Amazon Live, a fairly recent addition to the platform’s ecommerce tech, is the platform’s free video feature that allows brands to market their products in a more dynamic way than through basic ad spend. With Amazon Live, you can do things like construct your product, show your product in action, host Q&As about your brand, or offer special discounts, all in front of a live audience of interested buyers who can easily access your product listings below your video and interact with your brand. It’s essentially the Instagram Stories and YouTube hybrid of Amazon. 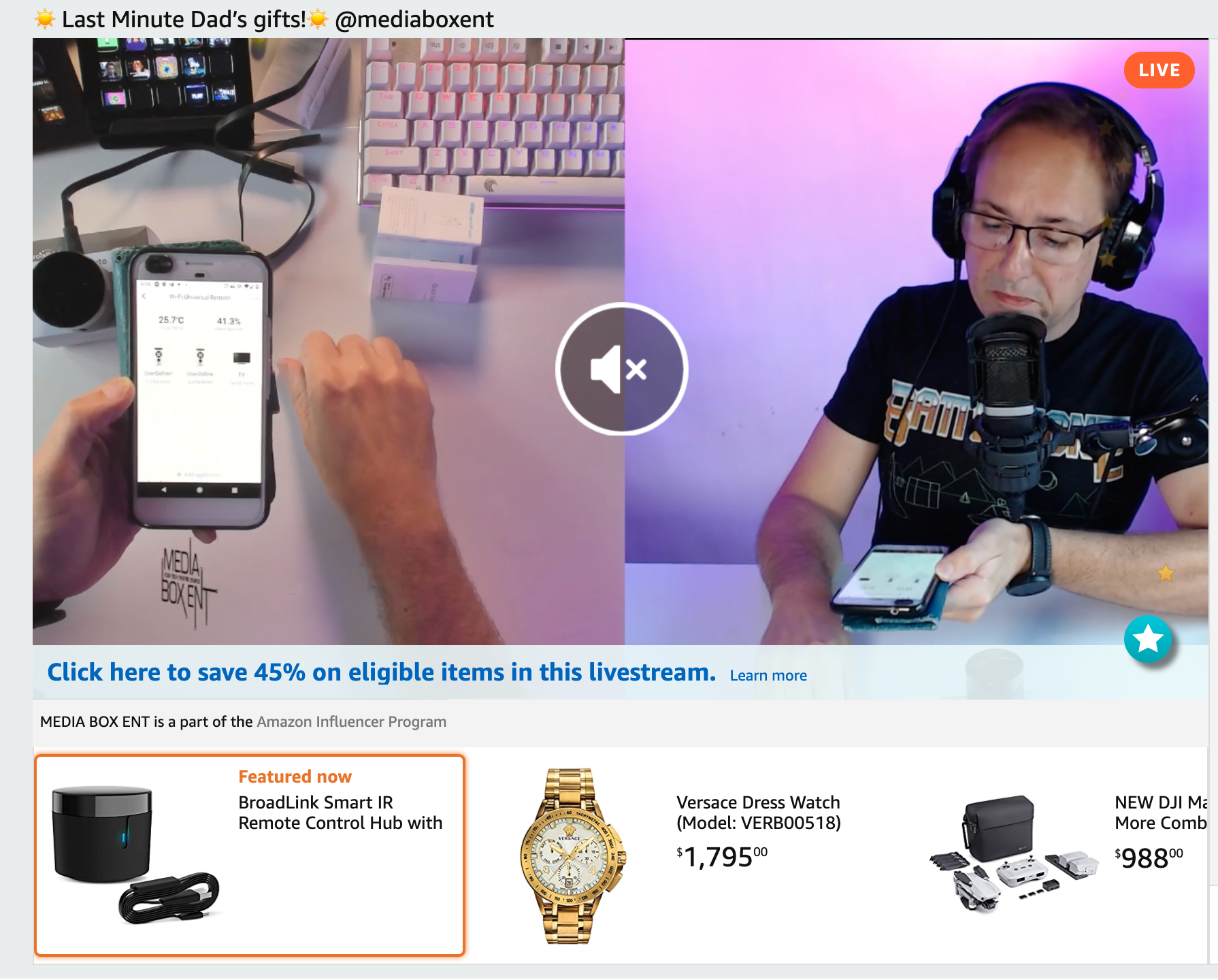 The biggest question about Amazon Live for ecommerce practitioners is, does it increase sales? Is it worth it for your brand or is it worth passing over?

Pattern worked with our brand partner Coravin to put Amazon Live to the test.

To test if an Amazon Live event would have any effect on sales, our creative team put together a high quality promotional video featuring a demonstration of Coravin’s wine preservation system to go live on Amazon.

The video launched on December 14th, 2019, twelve days after Cyber Monday. The promotion ran for eight days, and during that time period, the video was rebroadcast on December 18th and again on the 20th. Consumers were also directed to the video through links on social media and in email.

Here are some of the biggest insights from the Coravin Live Event:

While there are several factors to keep in mind that may have contributed to the increase of sales (such as a holiday sales period, social media and email pushes, rebroadcasts, etc.), there were noticeable and significant increases in sales during the Amazon Live promotion period.

Just like photos on your Amazon listings, Amazon Live Events need to be high quality to perform well. Low-quality videos will affect the amount of people who are engaged and interested.

Another factor that influences engagement is if customers are able to watch with their sound off. Analysts for Pattern found most viewers watch videos on mute, showing the necessity for good graphics and closed captioning. The better the visuals are for your video, the better your brand will perform.

Amazon Live is one more tech offering that, combined with the other strategies you’re using, can really help your ecommerce business pack a punch if you do it correctly. Through Pattern, you can get the resources and help you need to incorporate Amazon Live into your Amazon brand strategy and run a successful campaign that helps you build your brand, increase your seller performance, and reach new customers.

For more information about Amazon Live and partnering with Pattern, reach out below.

5 Data Do's and Don'ts: How to Construct Actionable Insights From Ecommerce Data